“Do architects have to think about color?” I was recently asked.  “Or is that just for interior designers?”  The short answer is, “Yeah.”  Here’s a much longer one…

Most people live in places with awful weather.

By “awful” I mean temperate, stable climates with seasons.  One season in particular gets a bad rap.  To those living far from the tropics, winter is a beautiful yet somber stretch of time.  Daylight is muted and short.  Plants wither to brown.  Everything takes on a cast of grey. 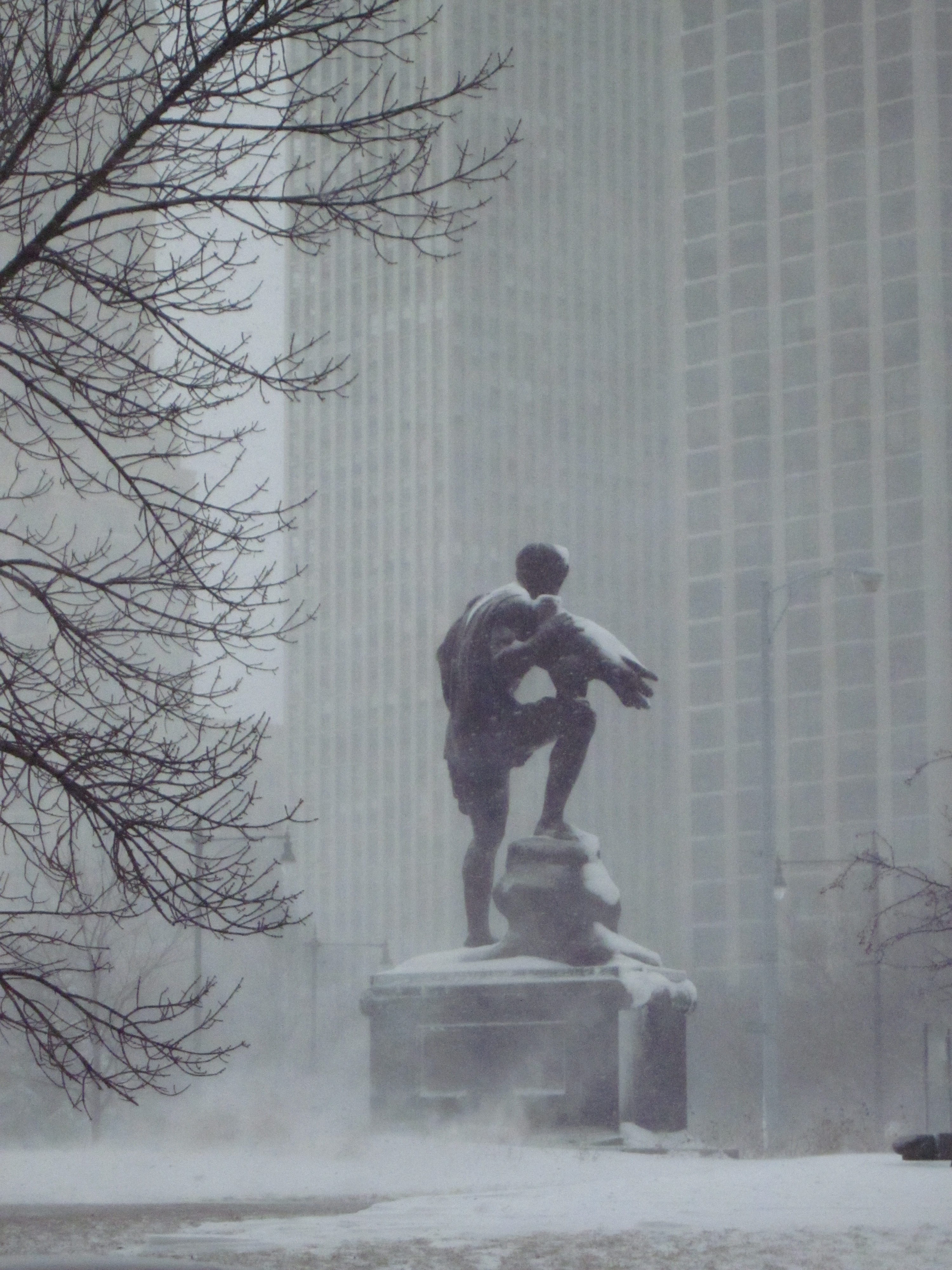 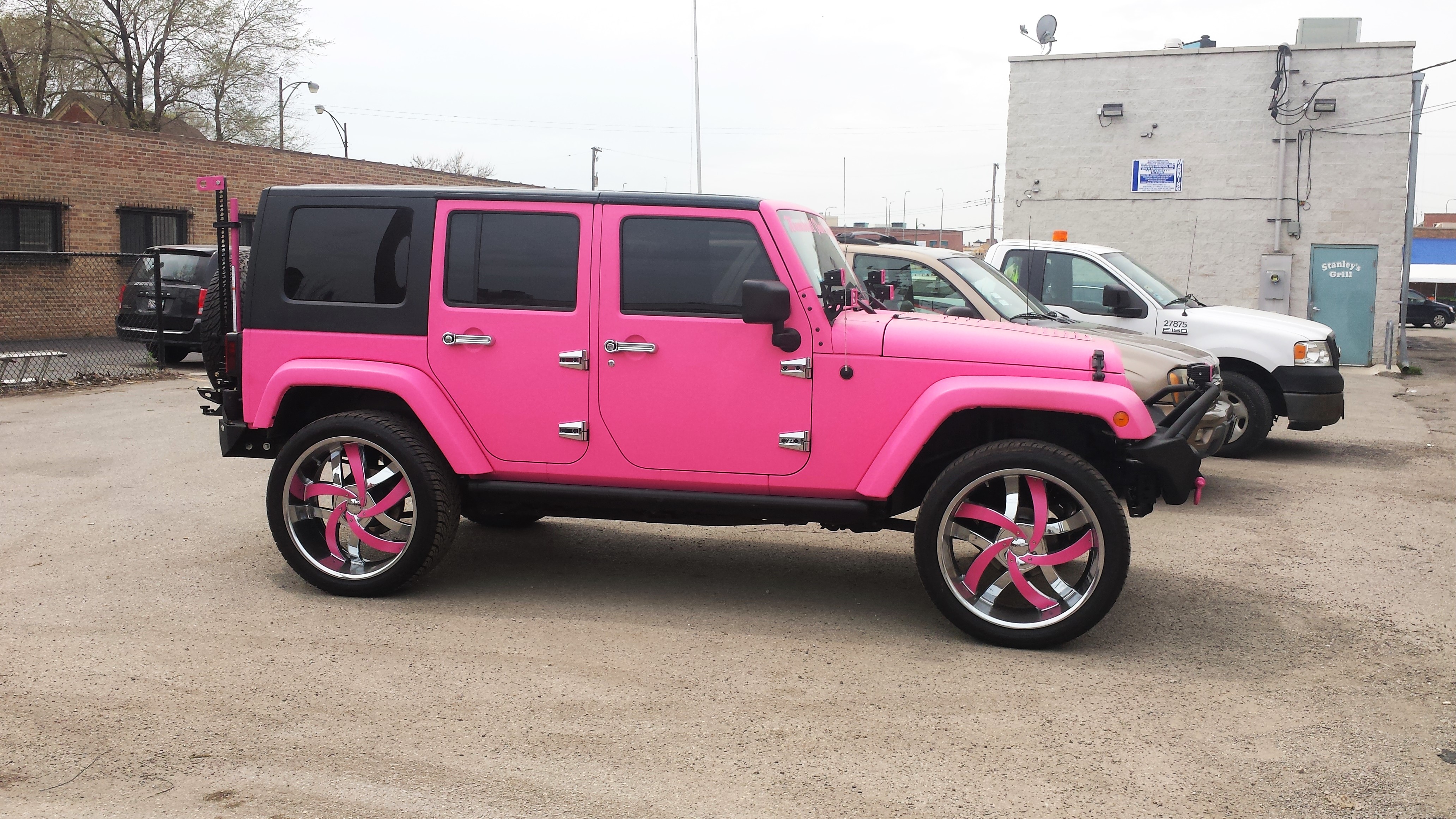 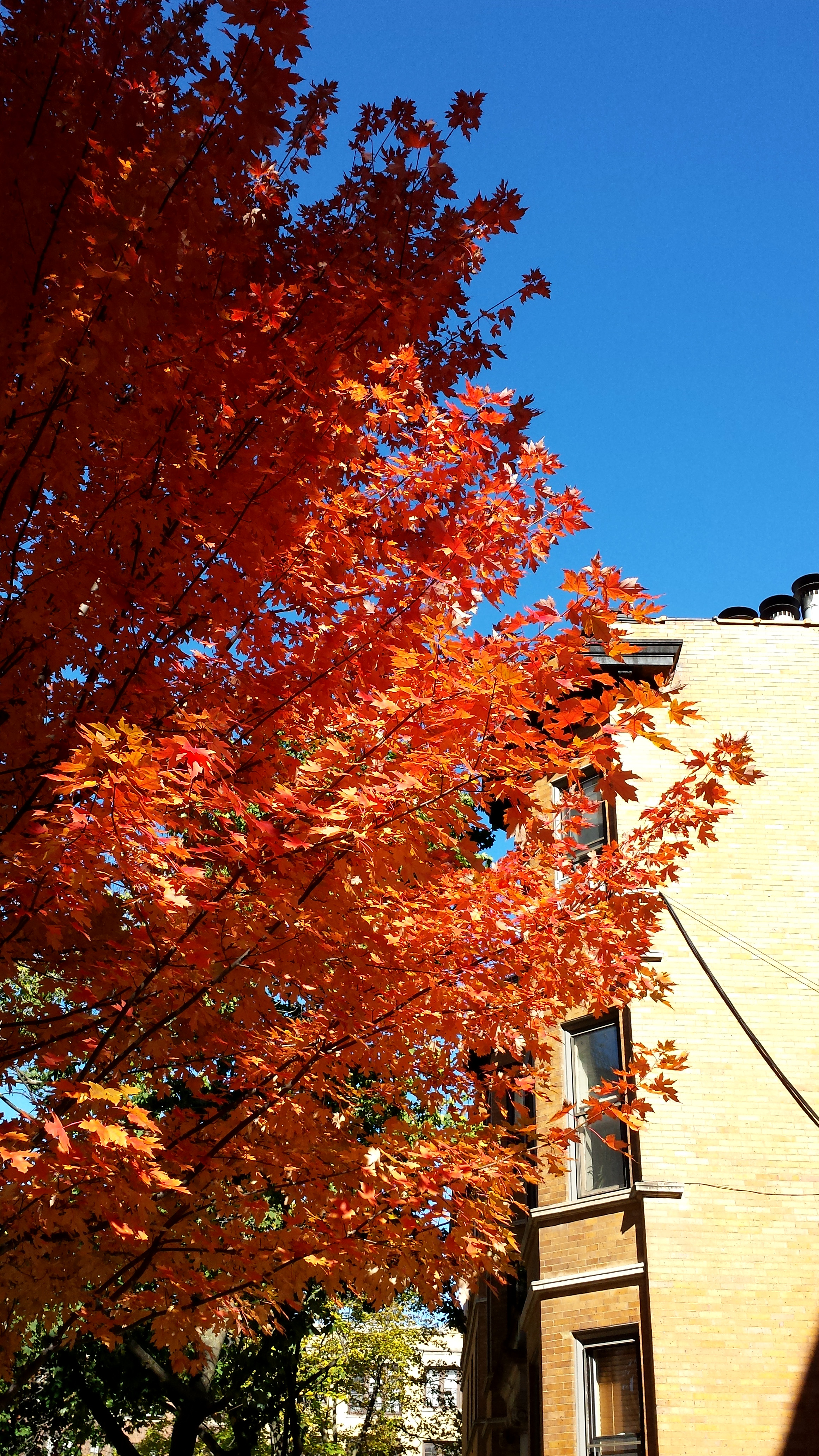 I’ve found that just a little color will lift my mood during these months.  People treasure the time around Christmas, in no small part for the warm lights and bold red decorations.  The first green of spring is a blissful relief.  October’s blazing leaves are tinged with melancholy; they mark our descent into winter again. 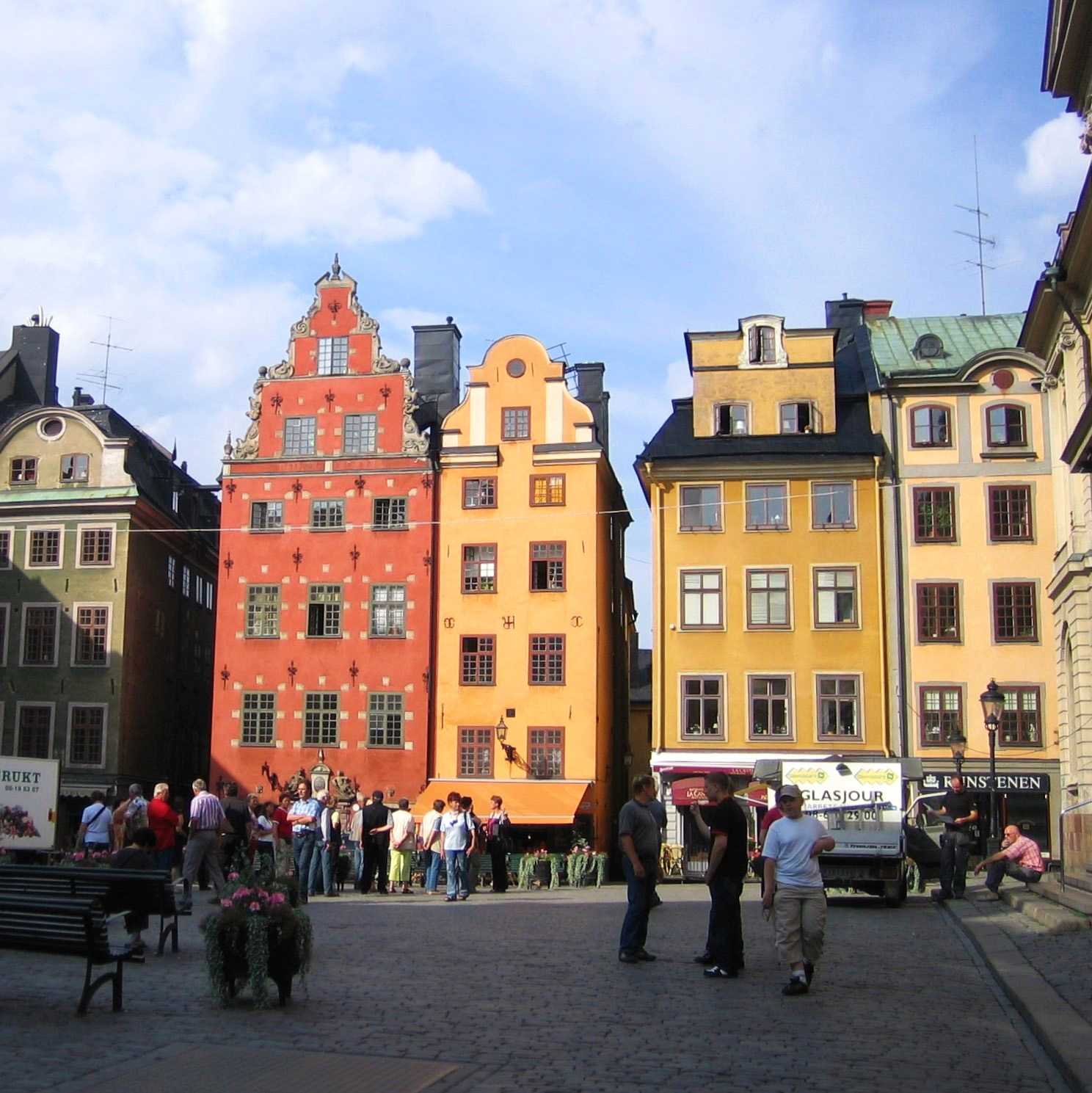 Some cities are more comfortable in winter, simply because of their architectural palette.  Chicago’s tan brick and cold Modernist facades do nothing to ease its harsh climate.  Without greenery or clear skies, which is guaranteed several months each year, it becomes pretty desolate.  The city would benefit from a bolder use of color.  My favorite neighborhoods, such as Lincoln Park on the north side, are lined with red sandstone and warm brick facades.  These solid yet cozy buildings harmonize with any season.  Stockholm, Sweden, where the sun hardly rises between December and February, relies on its architecture for color and light.  There is an obvious preference for bold color in the vernacular buildings of far-northern settlements. 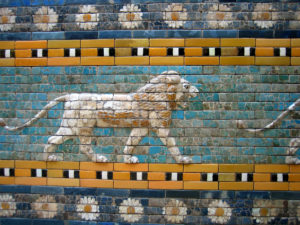 I was once told by a professor, “never make a building the same color as the sky.”  It makes sense that a house should have presence, weight, and harmonious contrast with its setting.  But for an imposing skyscraper, it may be best to dematerialize.  If not for the dark cut-out near its peak, Philadelphia’s Comcast Center would vanish into the clouds.

Architects use color as a pillar of design.  Certain tones have deep, visceral effects on our mood, that are similar across cultures.  Color theory is a philosophy unto itself.  Color is symbolic.  Babylon’s Ishtar Gate was covered in deep blue glazed brick, which simulated lapis lazuli.  This precious stone is native to Afghanistan and was treasured around the ancient world – the ultimate symbol of wealth, power, and reverence for the goddess Ishtar.  The pigment Ultramarine is made from crushed lapis lazuli and was treated with similar adulation among painters.

In a practical sense, color defines character, and can transform a blank wall into a feature.  Dark colors are known to visually shrink a room, while lighter colors make it appear more generous.  To show off a space’s complexity, white is an appropriate choice; we can better appreciate the play of shadow on form.  Francesco Borromini mastered this contraposition in Chiesa San Carlino‘s interior.  Any color can be right, so long as we use it with intent. 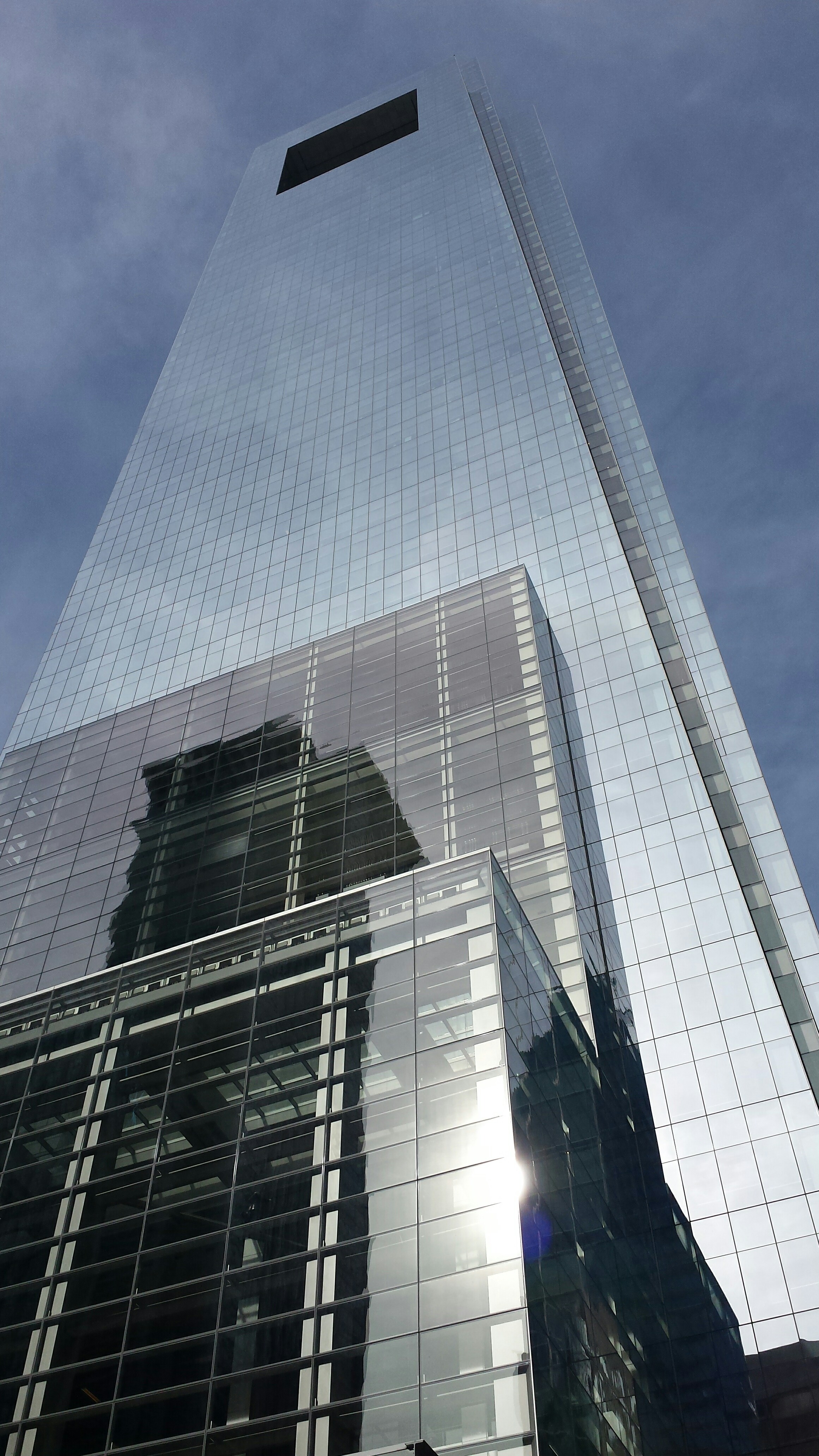 I’ll wrap this up with a nod to South Bend, Indiana: a climatically-challenged city where I first studied architecture.  The “Golden Dome” of Notre Dame’s Main Building is a landmark.  It’s said to gleam brightest on gloomy days.  Downtown, a sculpture by Mark Di Suvero crowns the fork of St. Joseph River in brilliant red.  Only my brother can cast a shadow on it.  Last, my rambling design for a hotel overlooking St. Mary’s Lake, in red brick to echo South Dining Hall.

Designing with color is deeply complex, and hard to quantify in value.  It’s at the soul of what we create.  Choose wisely. 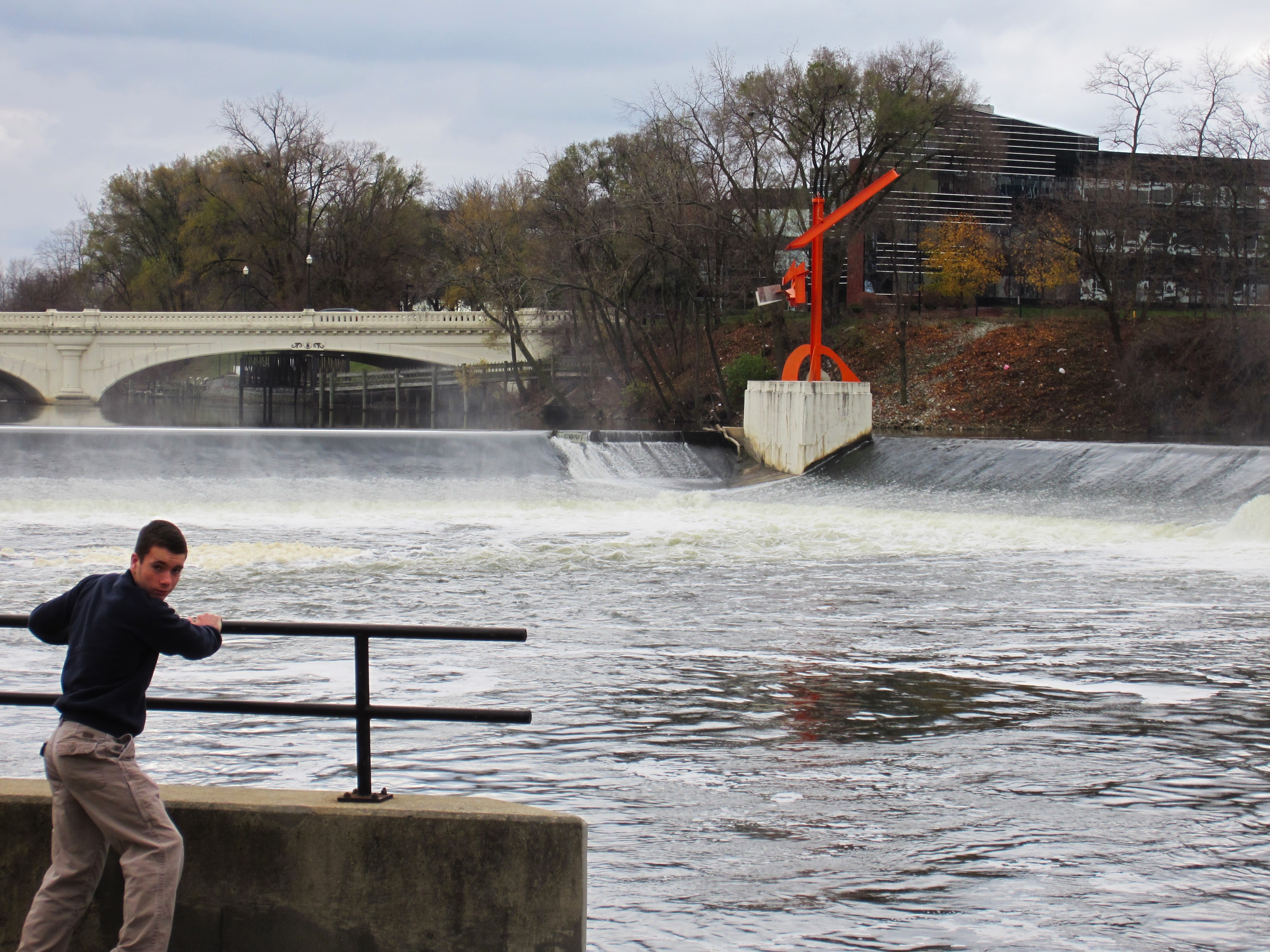 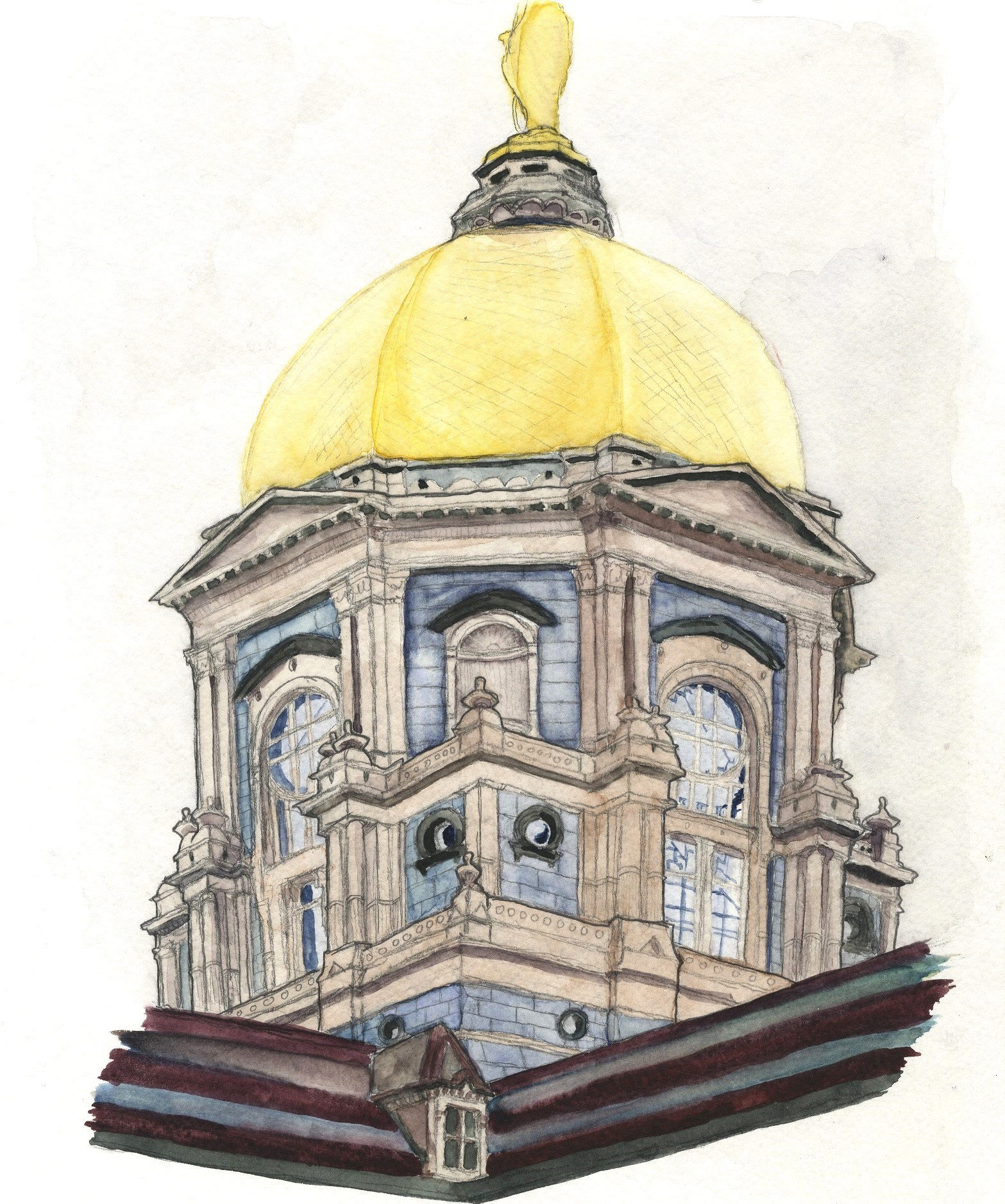