Chicago’s lakefront is unlike any other.  It provides front row seats to nature’s tranquil and rugged beauty along the city’s densest neighborhoods.  I began my life as an architect gazing at the view above, relaxing on my uncle’s balcony between job interviews.  In the following years, I would cut straight to the lakefront trail during walks home from work.  And like any architect, I studied it with a critical eye.  Why is a major highway between the lakefront and the city?  Why is the trail’s only disconnect between Navy Pier and the Harbor, two of Chicago’s most popular tourist destinations?  And how exactly do you reach the lake when approaching from Michigan Avenue, while passing Chicago’s busiest train station and fastest growing luxury neighborhood?

Daniel Burnham’s 1909 Plan of Chicago established lakefront parks and promenades so that the city’s eastern edge would become civic space for future generations.  Our design honors the form and spirit of its legacy.  A new Chicago Yacht Club and Maritime Museum, with an adjacent water taxi and ferry terminal, completes the symmetry of Chicago Harbor by mirroring the Museum Campus to the south.  A loop of alternative transportation is completed by water taxi, streetcar, intercity ferry, intercity rail, riverwalk, and lakefront trail.  Lake Shore Drive is integrated with a new park and pedestrian routes which reclaim the public’s access to this beautiful location. 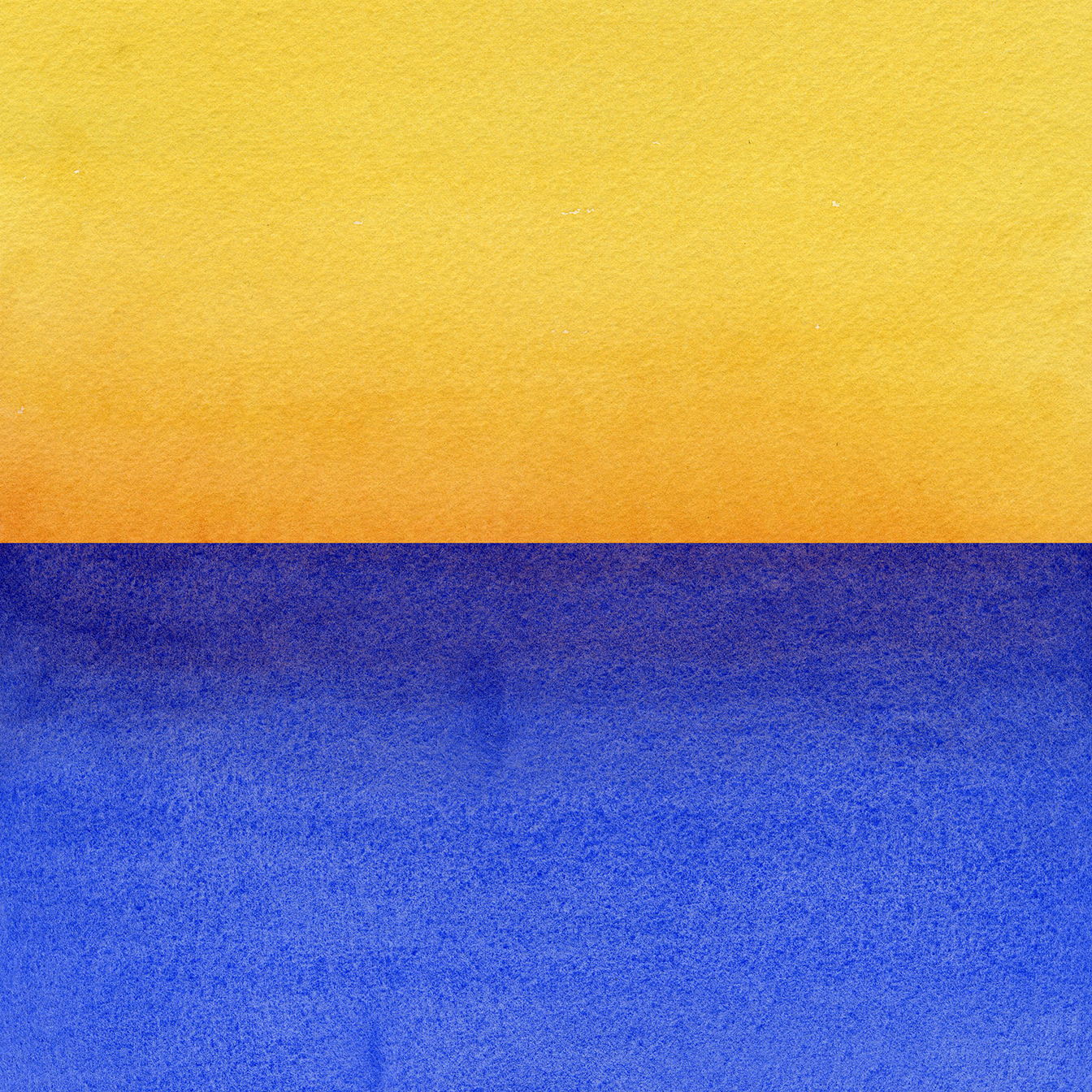 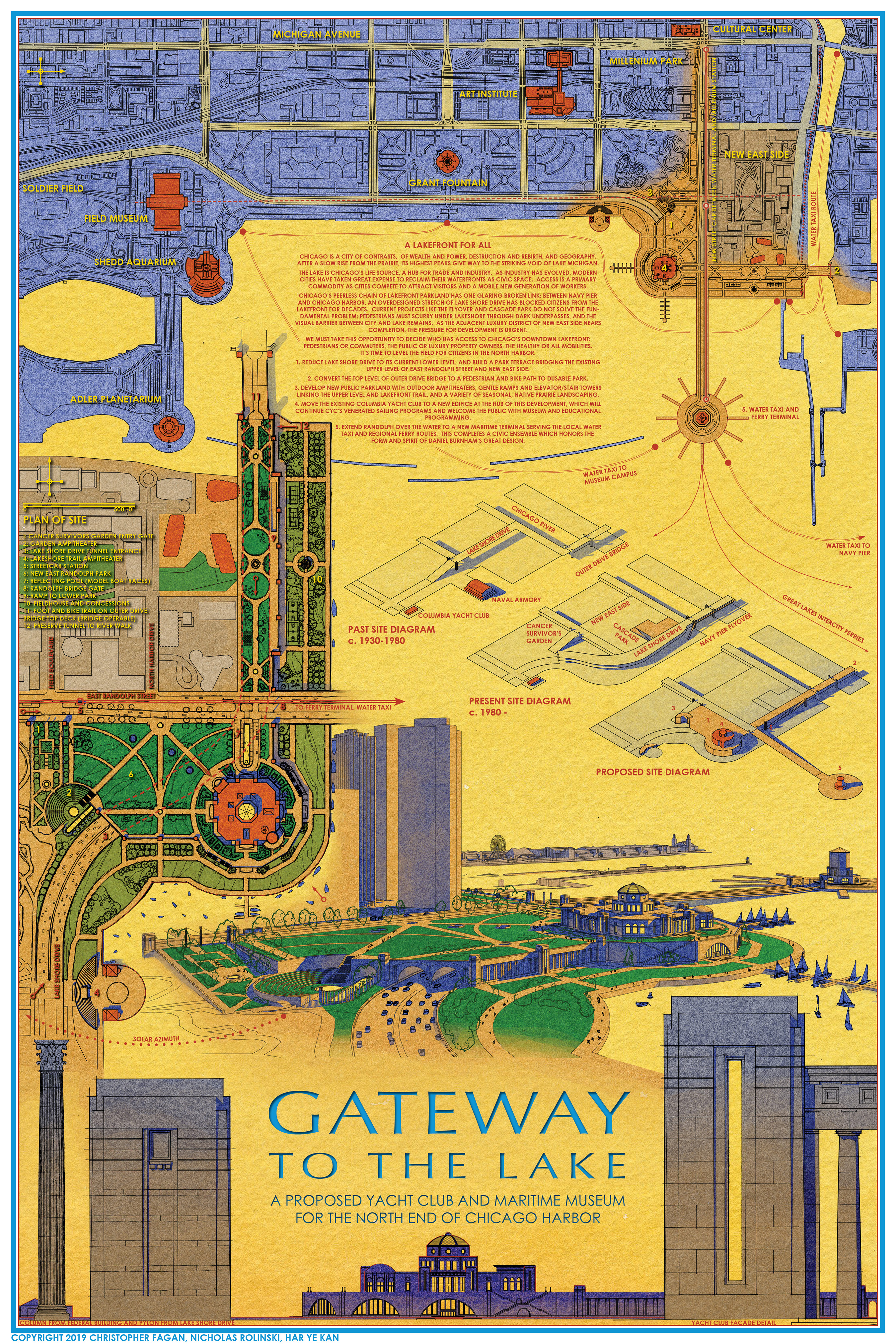 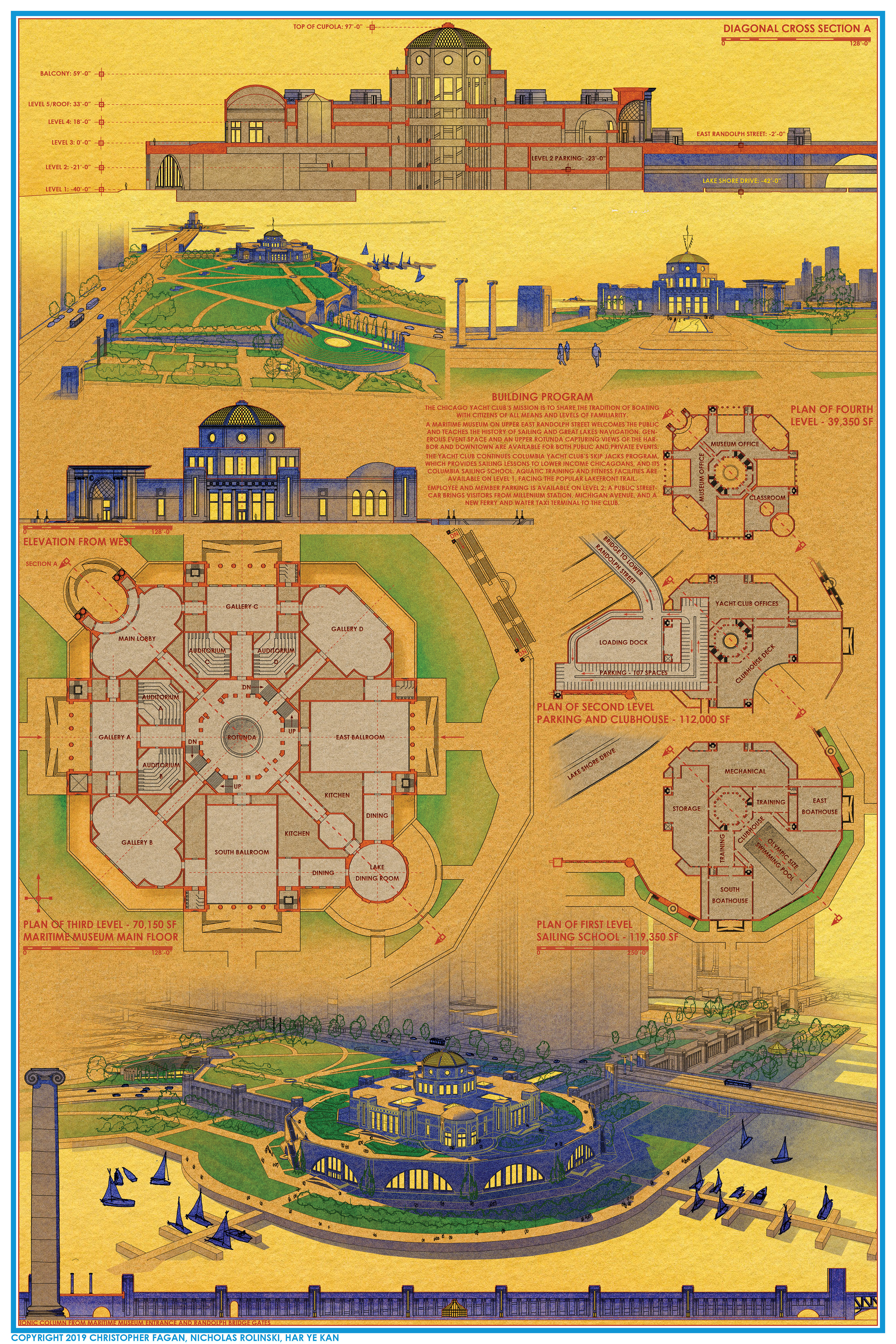 Despite its popularity, this site is isolated.  From Millennium Park, most people walk east on Upper Randolph and hit a dead end.  Only the most determined and able-bodied find their way to the lake, down a steep dark staircase several hundred feet behind them and under Lake Shore Drive’s two upper levels.  The vast majority give up in confusion and turn back.  From Navy Pier and the north, bikers and pedestrians must climb narrow ramps and crowd along a walkway on Outer Drive Bridge, which is both hard to find and the site of daily injuries.  Development of New East Side, the site of Chicago’s tallest residential towers, requires an immediate solution to this bottleneck.  The city’s current plans, the Flyover and Cascade Park, are band-aids which shy away from the root problem: Lake Shore Drive.

Access to the lake isn’t just a question of better signage.  It’s a matter of priority – and right now, residents and visitors in the north harbor are subordinate to commuters speeding through in cars.  Lake Shore Drive was redeveloped in 1982, becoming an elevated multi-level expressway in this critical zone.  It is both a dangerous obstacle and visual barrier between the lakefront and downtown Chicago.

Our design levels the field for pedestrians in the north harbor.  A continuous park and bike trail connects Upper East Randolph and Dusable Park with clear views of Lake Michigan and the downtown skyline.  Lake Shore Drive traffic remains on its existing surface level and lower deck of Outer Drive Bridge, while the upper deck is transformed into parkland.  (The highway has an open arcade facing the lake, similar to Carl Schurz Park on Manhattans’s Upper East Side.)  Cancer Survivors Garden and a new ramp alongside Lake Shore Drive provide accessible routes between the upper and lower park terraces, as well as elevators within the park’s stair towers.  We enhanced Cancer Survivors Garden with a Garden Theatre: broad landscaped terraces, reflecting pools, and a colonnade of cypress trees screening Lake Shore Drive’s tunnel entrance.  A streetcar line will shuttle visitors along East Randolph, from Millennium Station at Michigan Avenue to a new water taxi and ferry terminal on the lake.  The existing tunnel between the Riverwalk and Lakefront trail is preserved.  Local residents and tourists will finally have a spacious, intuitive, and beautiful route between downtown, the Museum Campus, and Navy Pier – without the noise and peril of an over-designed expressway blocking their path. 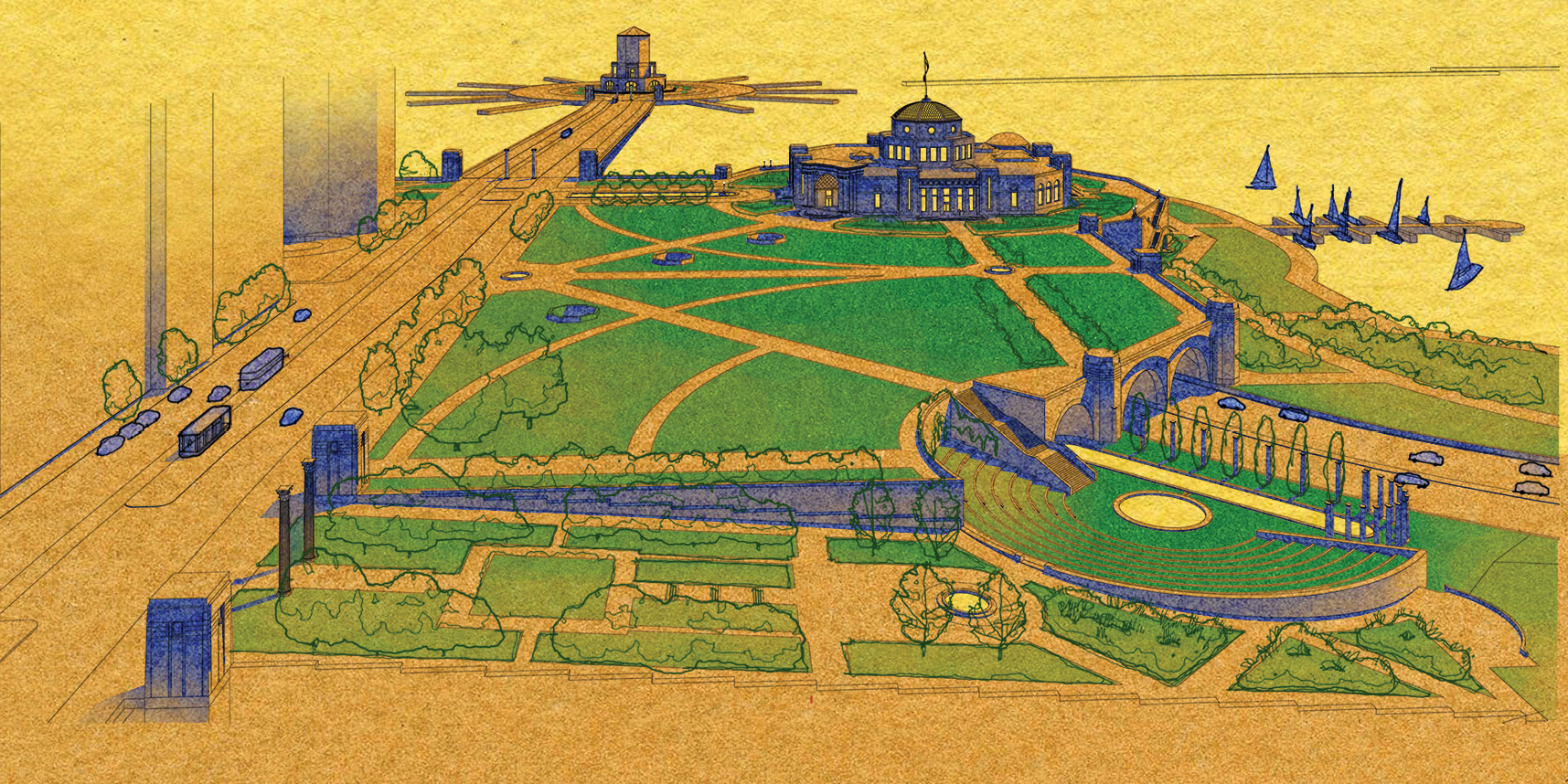 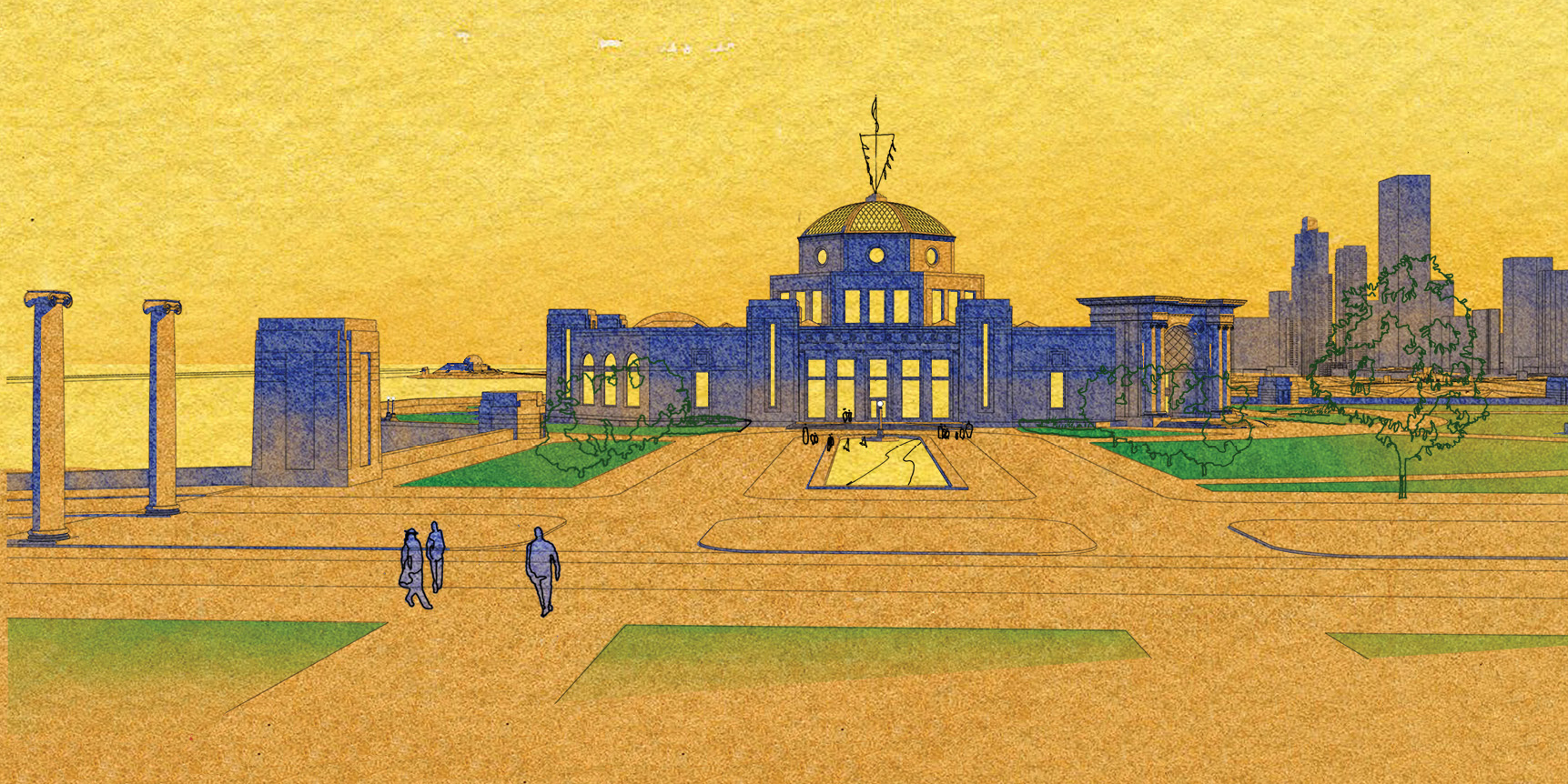 At the hub of this development is a new yacht club and maritime museum.  Its mission is to share the tradition of sailing with Chicago’s public.  The upper building on East Randolph contains gallery and event space, welcoming the public.  A grand stair leads to the clubroom, sailing school, and athletic facilities, which face the lower lakefront trail.  Programs from Columbia Yacht Cub which serve low-income residents will continue in a new, grander space.  What is often perceived as an exclusive sport will be made inviting and accessible. 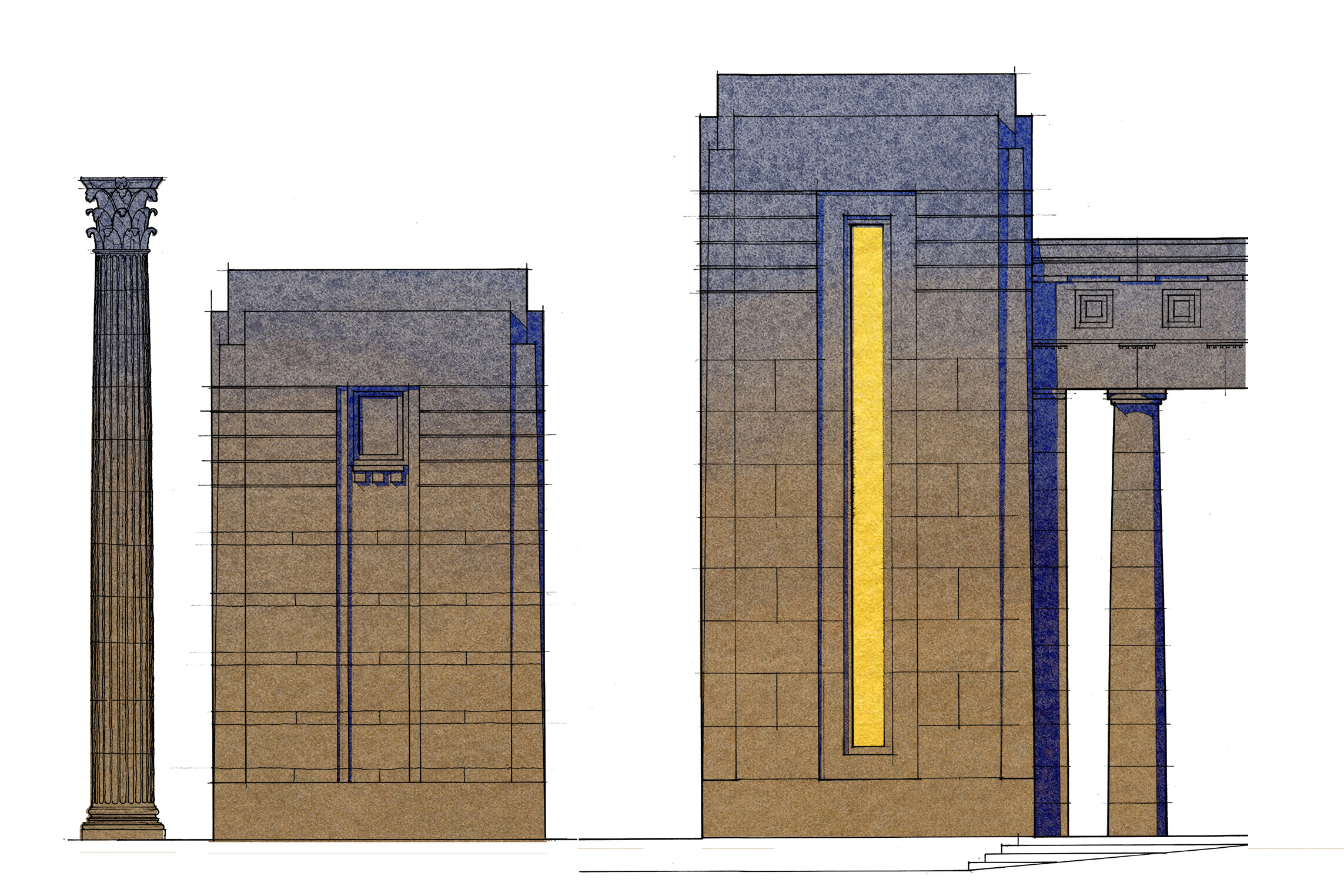 Directly aligned with the Field Museum and Lake Shore Drive, a garden slopes gently down from Upper East Randolph.  Framing this entry are two imposing limestone pylons, and two 40 foot tall freestanding Corinthian columns between them.  This is the Cancer Survivor’s Garden, an unusual collection of architectural relics which took its new identity in 1996.  Its pylons remain from when the Garden was the ramp for Lake Shore Drive’s former route, and the columns were salvaged from Chicago’s magnificent Federal Building, sadly lost to demolition.

This accidental pairing of abandoned 1930s infrastructure and Classical grandeur became the template for our building’s architectural language.  Heavy, streamlined Art Deco foundations elevate to a pure Classical expression at the museum’s entrance and main focal points.  The site’s myriad towers are further inspired by Chicago’s bridge tender houses, and the ferry terminal references the ancient Tower of the Winds – implying a common origin. 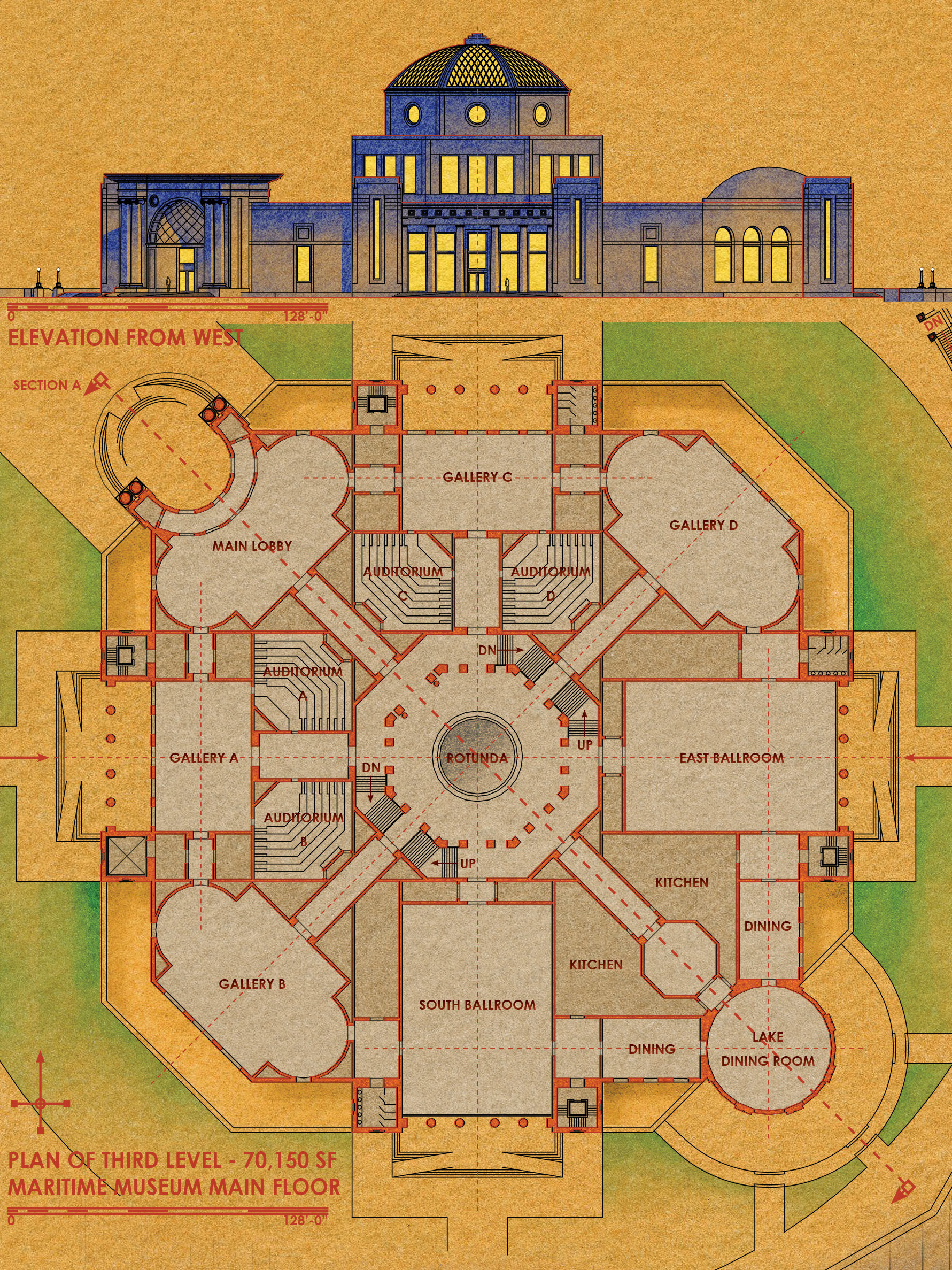 The following sketches mark various stages of the design process, including diagrams of the site and architectural details. 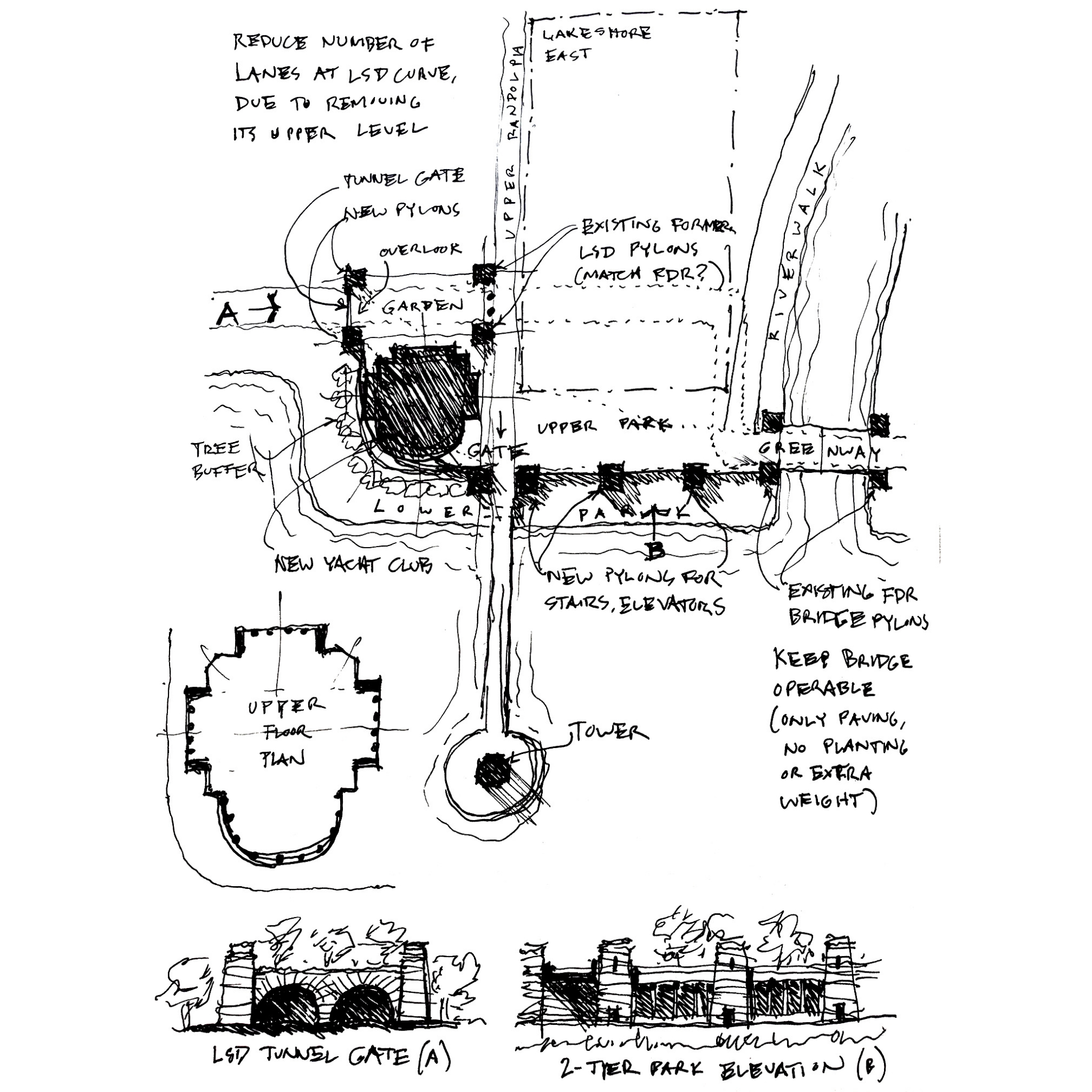 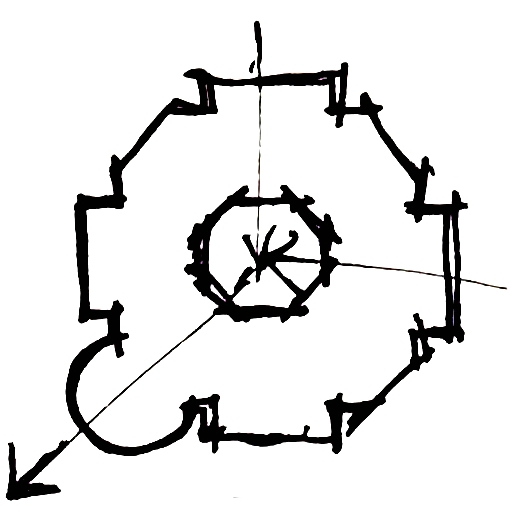 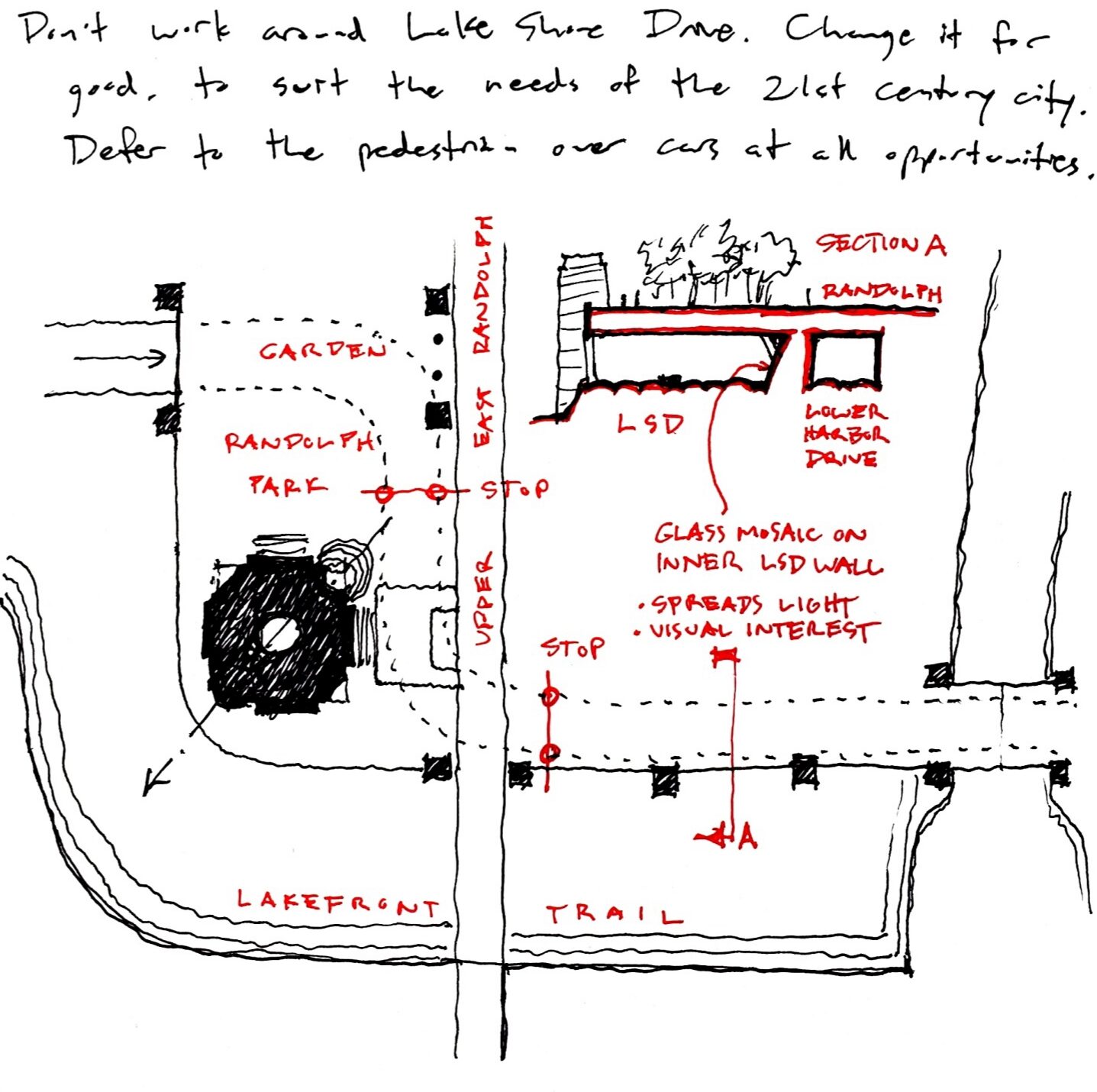 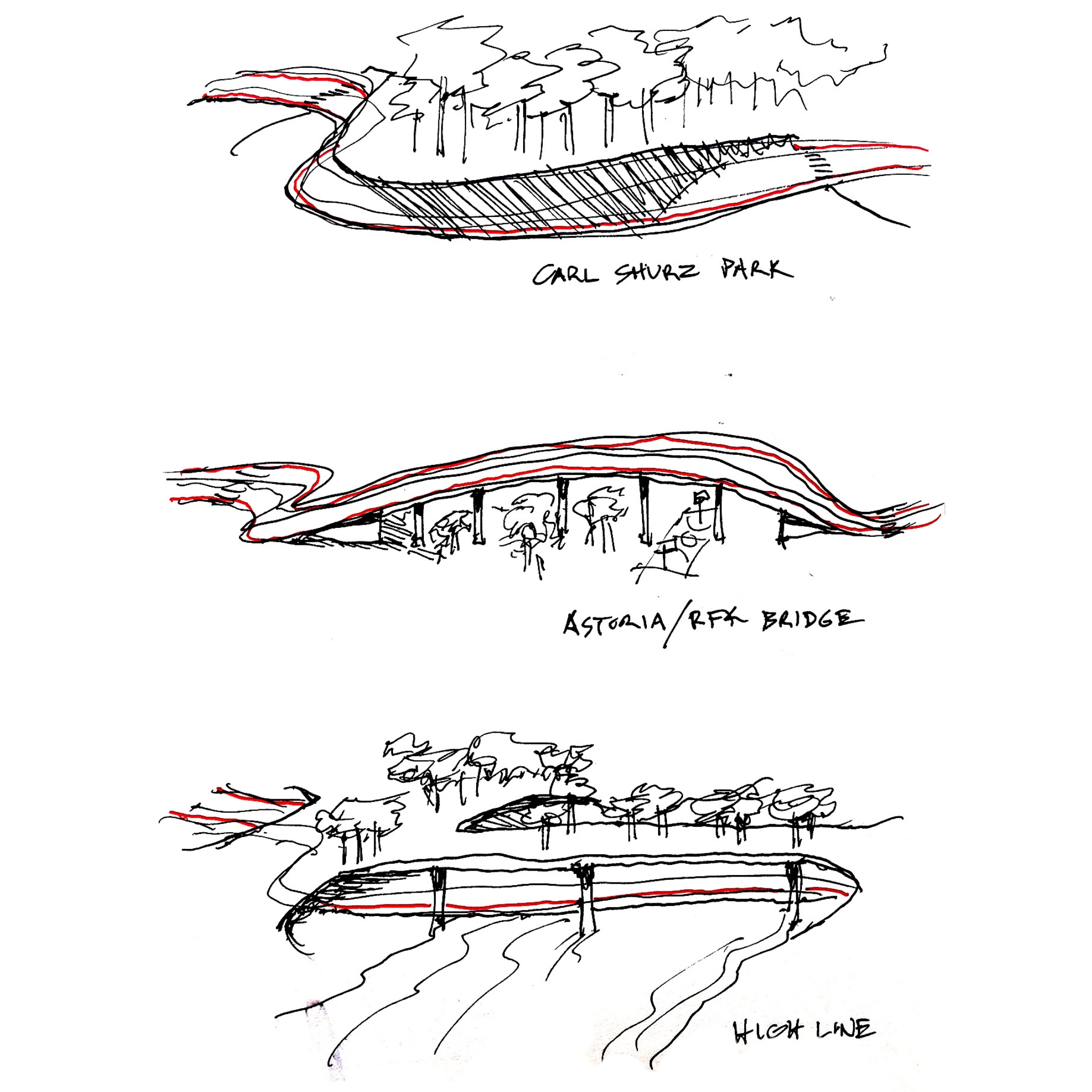 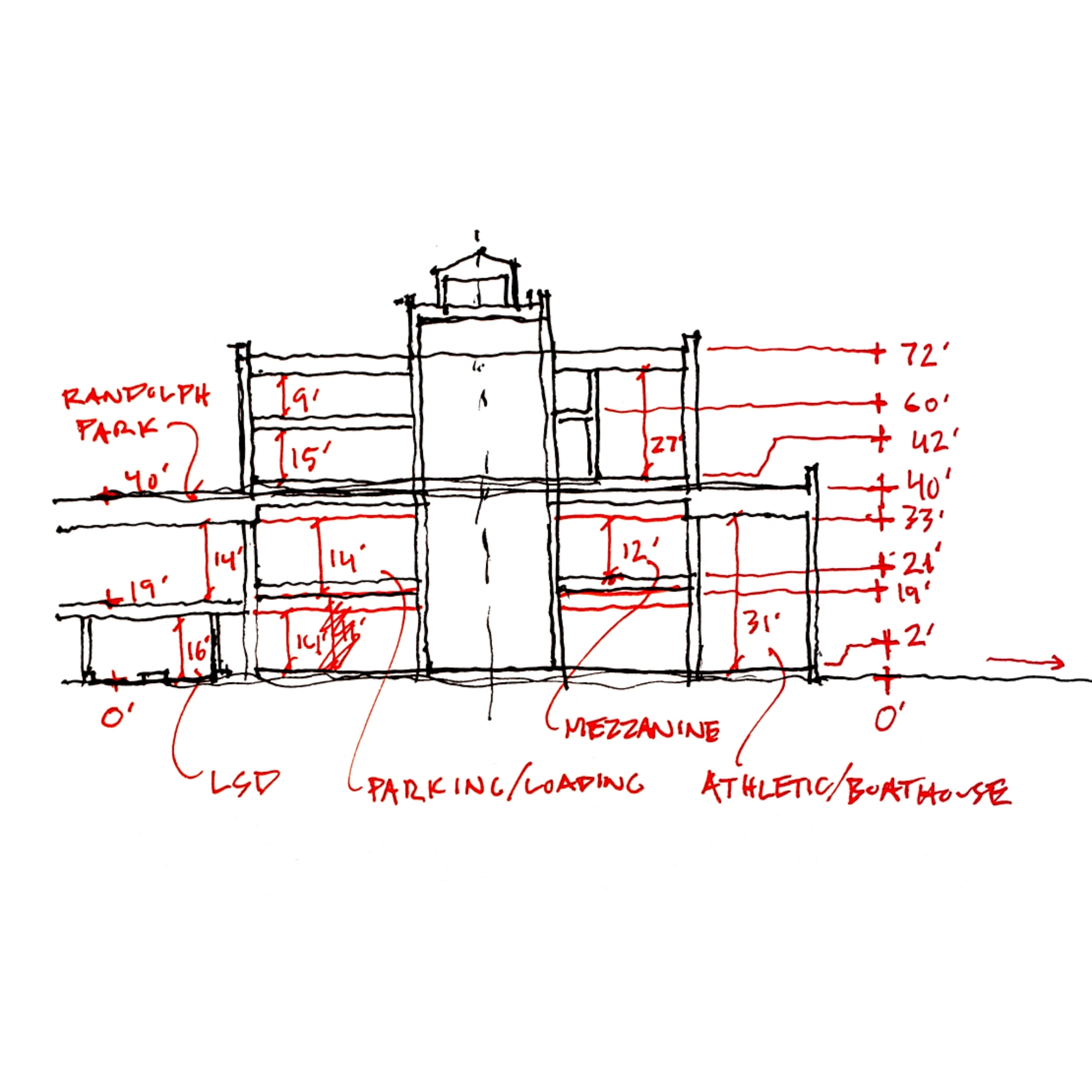 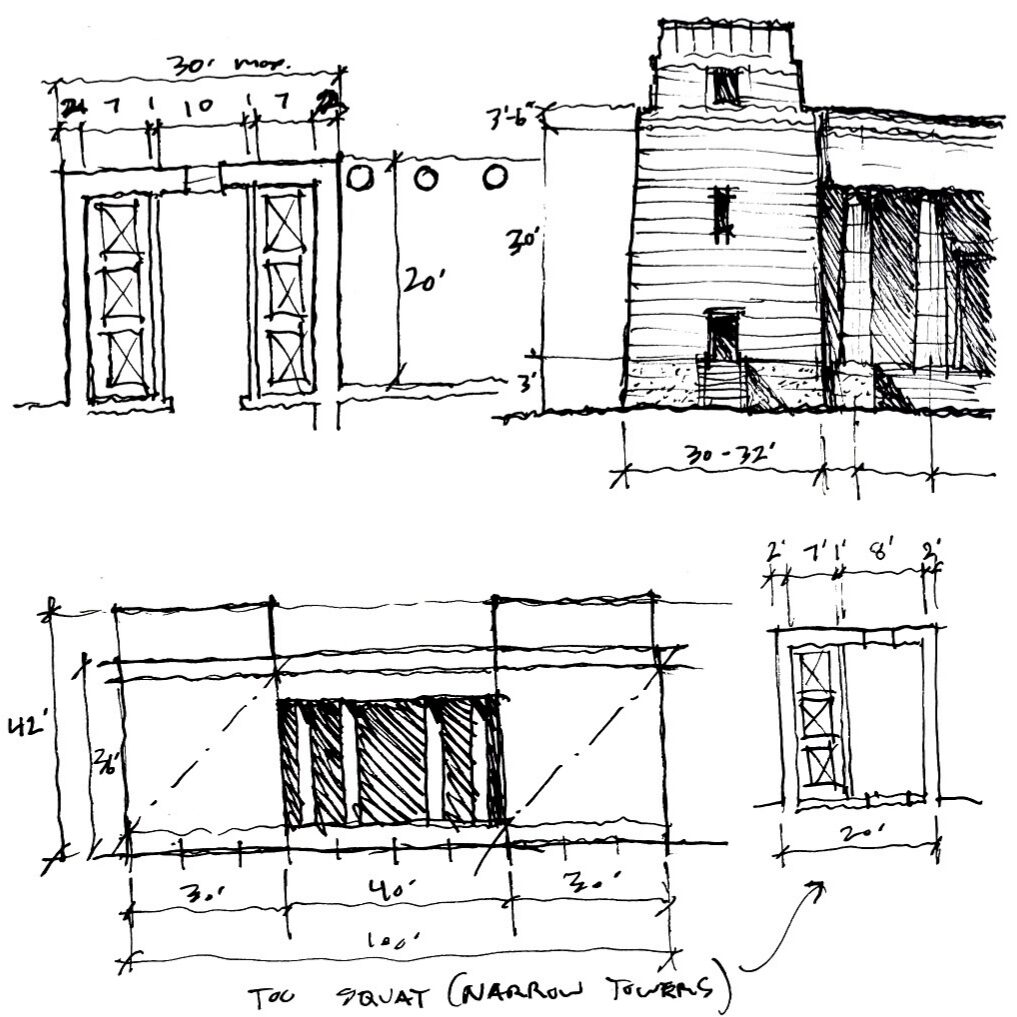 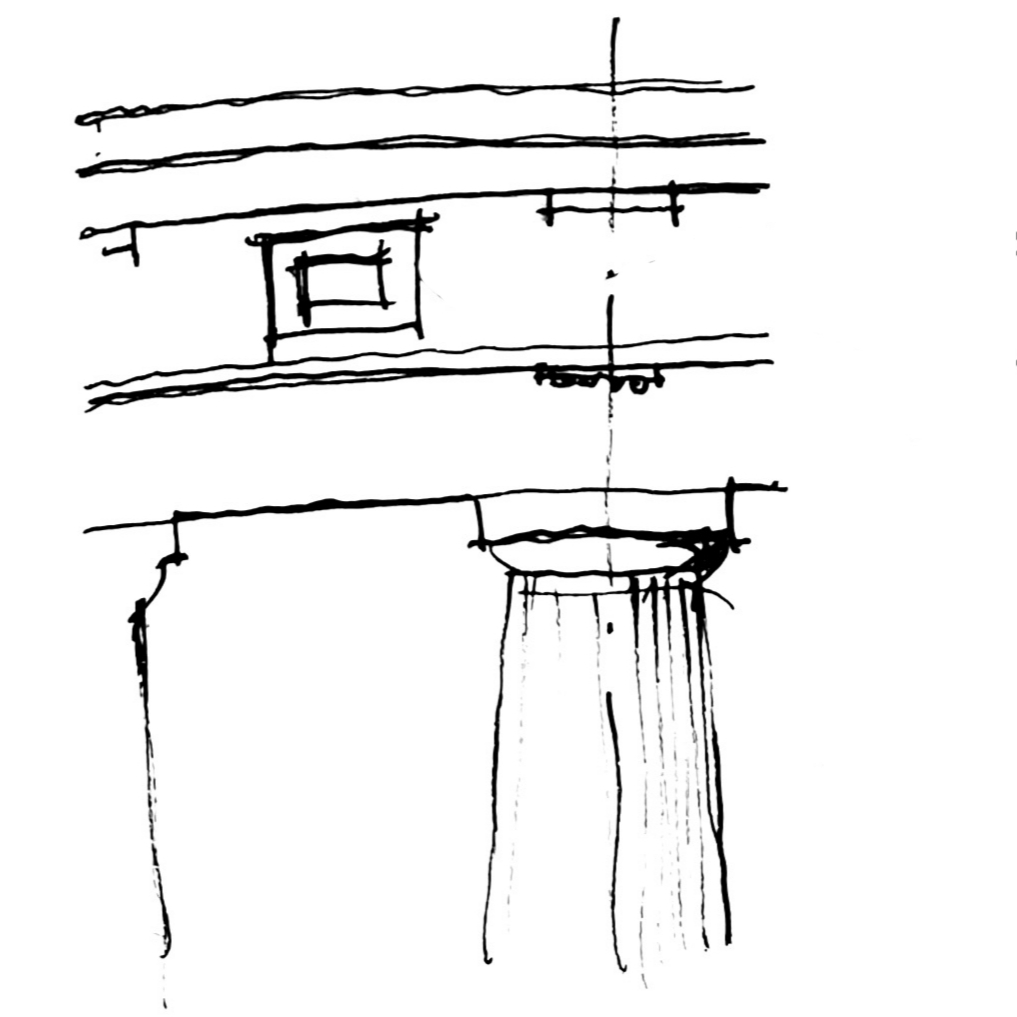 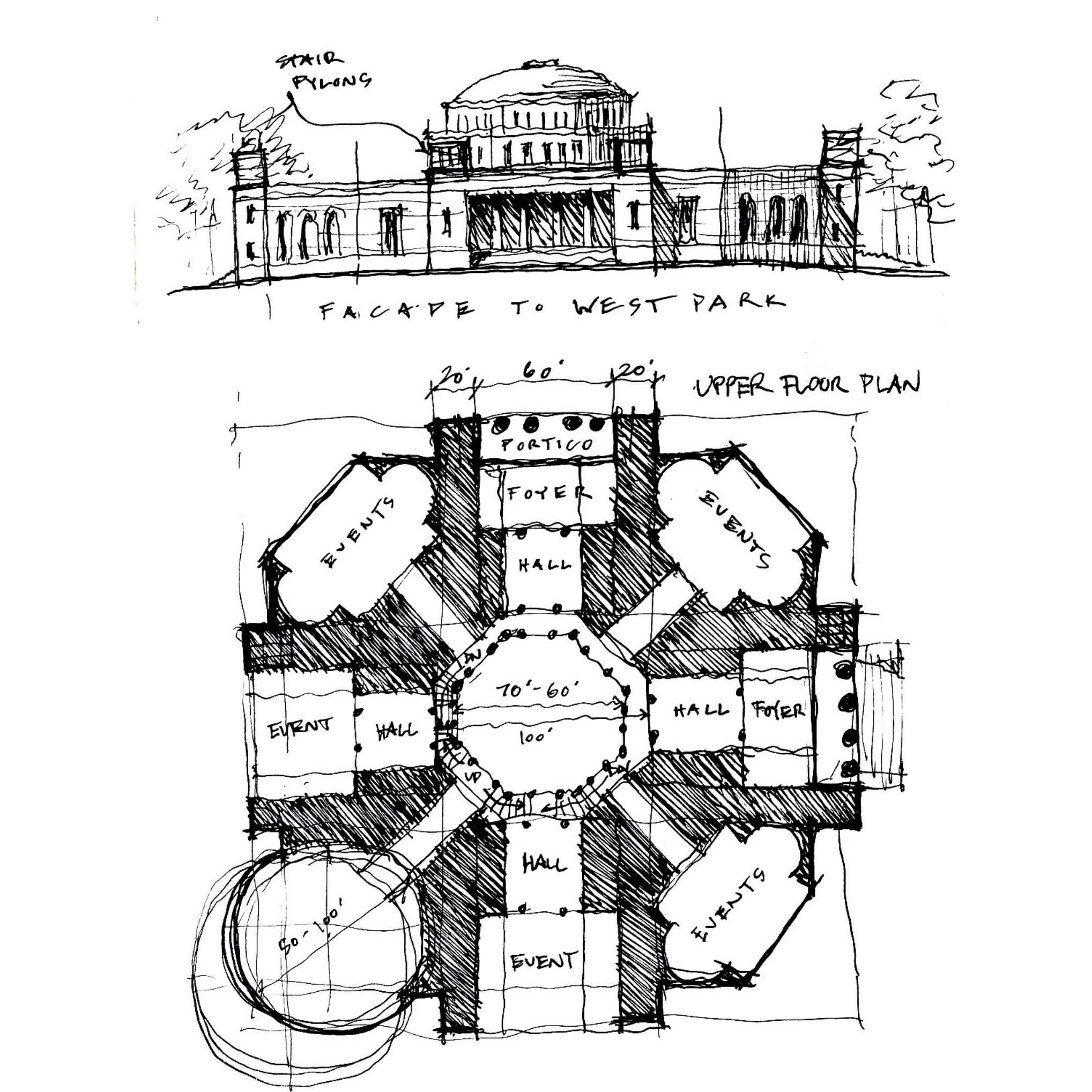 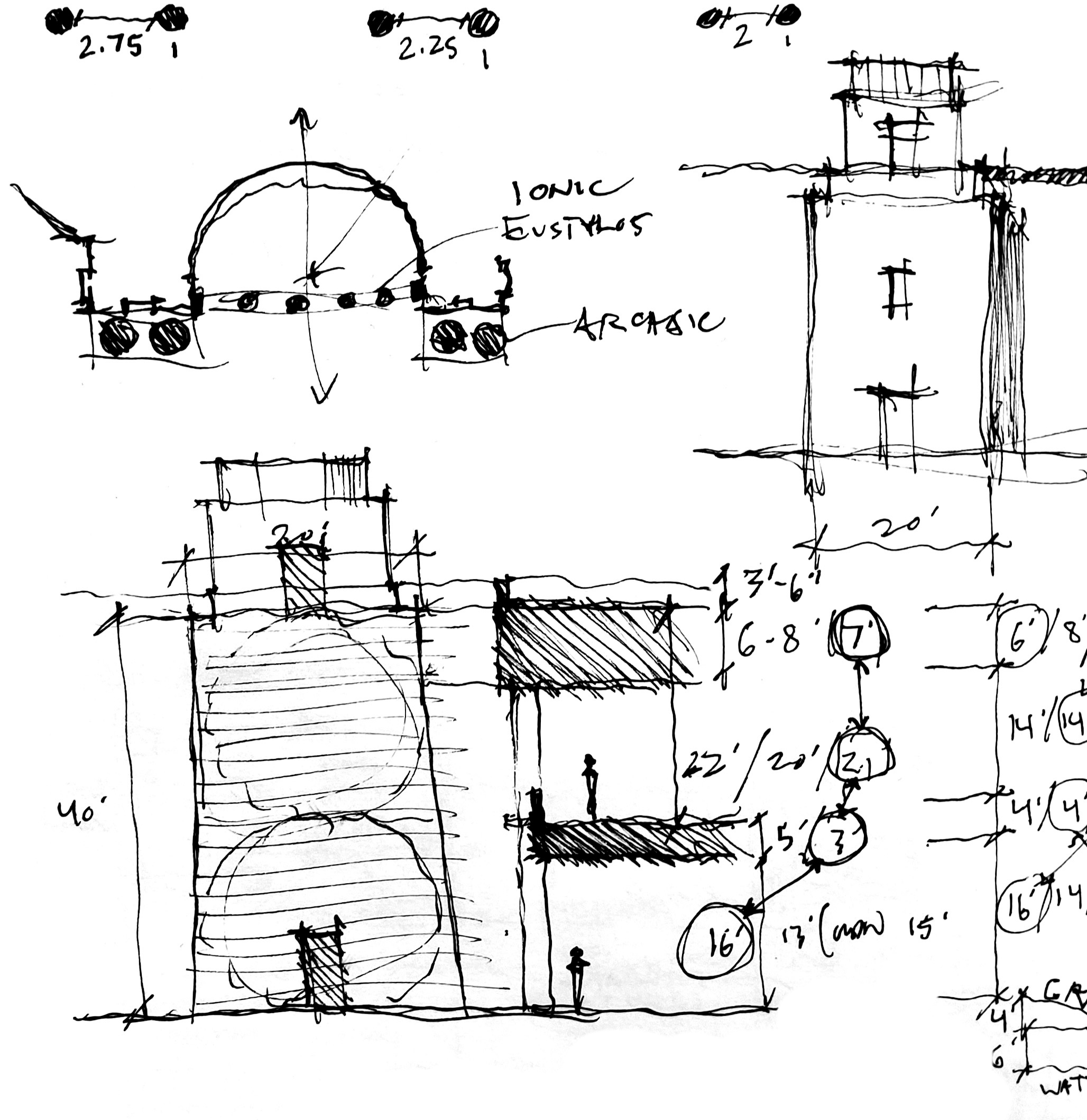